Octopus Deploy Lifecycles allow for a high level of control in your deployments. The relationship between a project and a Lifecyle is summarized below.

This part can be confusing the first time you see it. For example, if you want the Default Lifecyle to be Dev -> Prod instead of Dev -> Test -> Prod you might try to remove the Test part of the Lifecycle. This is wrong! Instead, customize the Lifecycle by adding a Phase. Inside a Phase you can then add Environments. Add a new Phase by clicking the Add Phase button in the Lifecycle page. 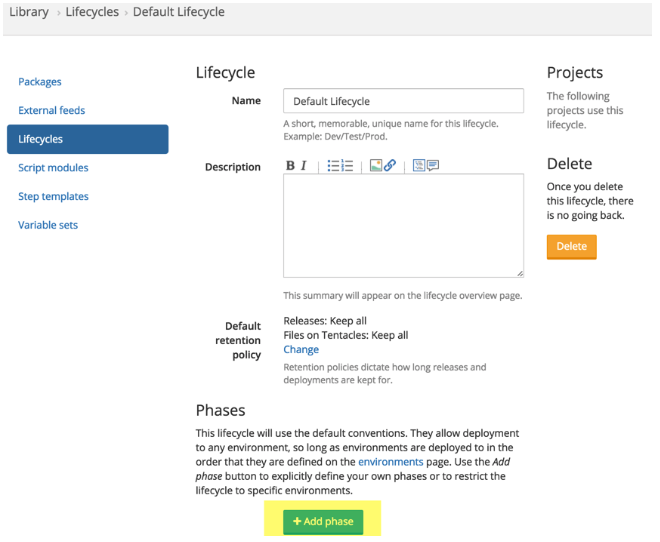 Clicking the “Add phase” button will bring up an inline edit box as shown in the screenshot below. 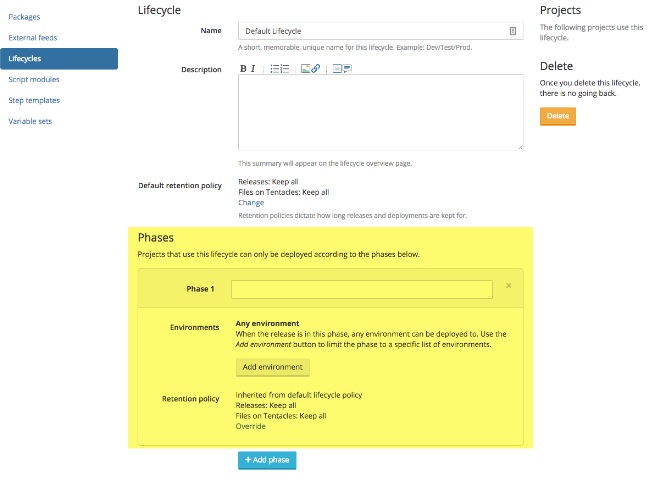 Once you add a new phase you can add Environments to the Phase. You could limit the Default Lifecycle, for example, to just two environments. Click the “Add environment” button to add the Dev and Prod Environments. 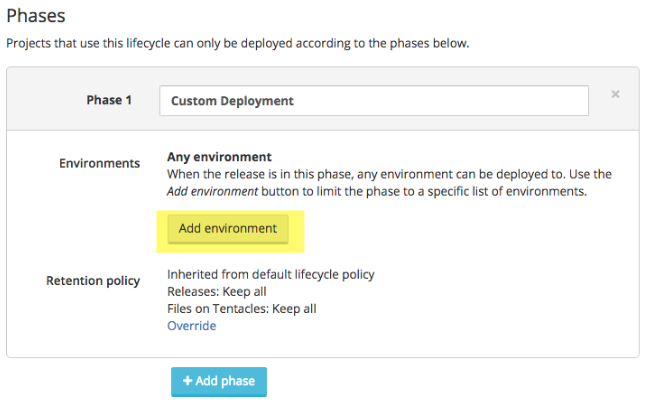 Click “Save” to  persist the changes you made to the Lifecycle. You can see the customized Lifecycle below.

Use Cases for Lifecycles

A Lifecycle limits the environments a Project can be deployed to so this enables several scenarios: 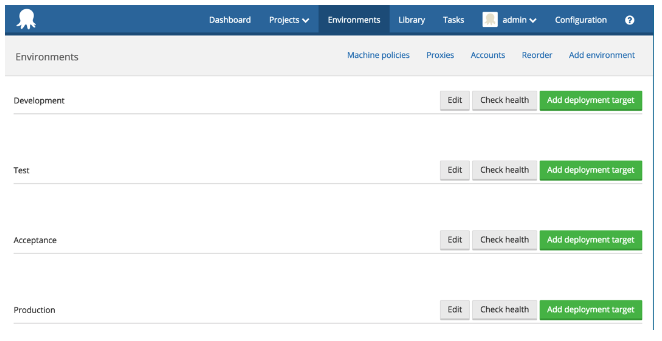 First, create a new Lifecycle called “Development/Test/Acceptance/Production”. Then in the first Phase add the Development, Test, and Acceptance Environments by clicking the “Add environment” button. You can make them all required by setting the “Required to progress” textbox to 3. 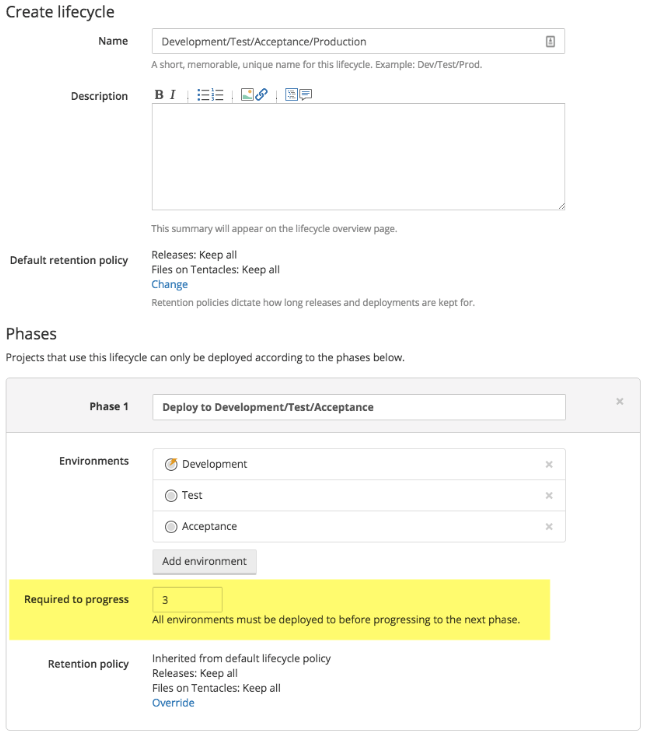 Often times you will have some internal or support type apps that don’t need your full Project Lifecycle. Your main project may need a complex Lifecycle like Development -> Test -> Acceptance -> Production so you have quality releases for your customer base. An internal business app may not need the same level of quality assurance and could use a simpler Lifecycle such as Acceptance -> Production. This will help minimize resources needed for these simpler internal projects.

The dead simplest way to fully learn about Octopus Deploy is to create a sandbox instance in Azure. You can quickly create a full Octopus instance from the Azure marketplace.

1) Search for Octopus Deploy in the Marketplace as shown in the picture below.

2) Fill out the wizard and create an Octopus Deploy instance.

It will take about 5 minutes to complete the form and then about 10 more for the resources to be automatically generated in Azure.

Octopus Deploy variables are often times difficult to get right in complex deployment scenarios. If the incorrect pattern is applied… Learn More